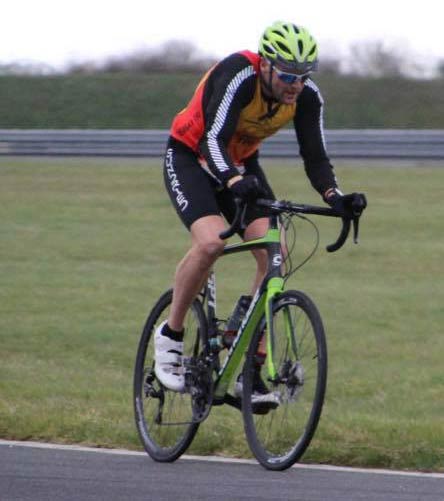 As the latest of recent storms blew its way across the South West, a blustery Castle Combe racing circuit in Wiltshire awaited Dave Brown at the rescheduled Chilly Duathlon. The 2 mile run – 10 mile bike – 2 mile run duathlon is a popular early season event for beginners and experienced multi-sport athletes and is great as a stand alone sport or practice for the impending triathlon season. Taking place on the traffic free circuit and perimeter road, the race allows athletes to make the most of the smooth, wide and sweeping track without being impeded by normal traffic conditions as they would be on the public roads. The current lap record held by a British F3 car was never going to be threatened by pedal power but Dave did a sterling job to motor himself round to 23rd overall in 53:25. Dave showed his skill in duathlon by not only posting remarkably consistent lap times on the bike, but running the second 2 mile run 14 seconds quicker than the first.