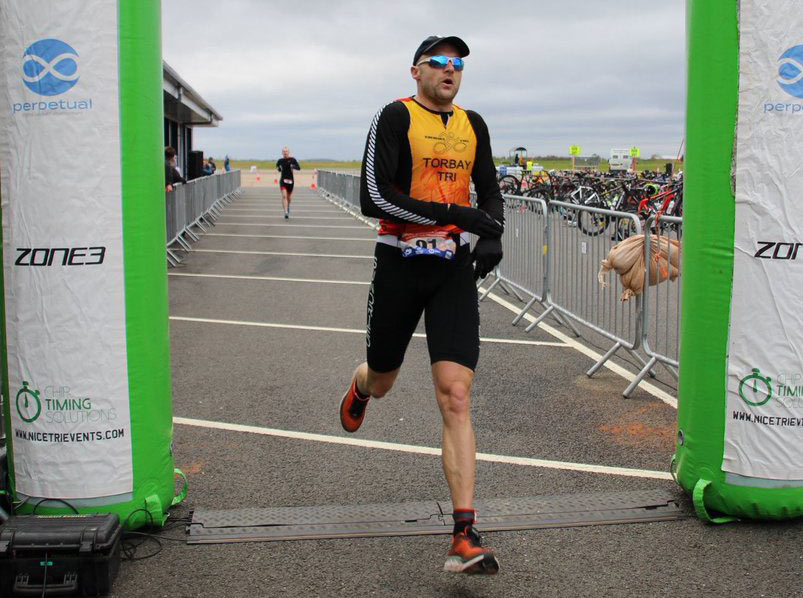 Continuing with his recent good form in duathlon especially on motor racing circuits Dave Brown travelled to race in the Bedford Autodrome Duathlon. The race is an ITU qualifying race and gave Dave some additional focus, but also means the competition tends to also be quite high when GB places are at stake. Held within the autodrome which was specifically designed for speed by former F1 driver Jonathan Palmer and located on a former WW2 RAF station meant it was particularly susceptible to the wind. Dave still strong from the windy Castle Combe duathlon a couple of weeks earlier performed well on the day showing his class in duathlon over the 5km run – 19km bike – 2.5km run. Dave finished 52nd overall and 5th in his age group in a time of 1:06:25 Fingers crossed for qualification and Dave is now waiting for confirmation of his GB age group team place.

The Bath Half Marathon was facing the threat of cancellation earlier in the week due to the corona virus that is sweeping the world, but fortunately the organisers decided to continue with the race and let the athletes run. The race around the beautiful city is on a traffic free course that is run over two laps and therefore misses the larger hills around the city. Although reduced numbers decided to come and race this weekend it is normally a very popular race with up to 15000 runners and estimated 30000 spectators lining the route to encourage the athletes. A trio of athletes from Torbay Tri Club raced with all achieving personal best times, which were even more impressive considering the less than ideal weather conditions. 145 Jason Hurford 1:18:31, 529 Paul Whitehead 1:27:54, 1857 Urszula Donigiewicz 1:46:52

Back in Devon Helen Mackie took part in the Arlington Court Canter in North Devon. The 10k race around a the woods of the National Trust owned Arlington Court property is a muddy and technical challenge. Helen ran a great race finishing 32nd overall and was the 3rd female and 2nd in her FV50 age group with a time of 50:50.

Dawlish played host to the latest round of Exeter Triathlon Club’s aquathlon series with four members from Torbay Tri Club taking several podium places. Starting with a 600m pool swim, the lumpy 5k run was made more challenging by the heavy rain. Gary Burman demonstrated his aquathlon GB credentials by being first back, just seconds ahead of Jon Pressling who finished third in his age group. Cassandra Harrison also took third in her age group while Naoko McKinnon topped the podium in hers. 16 Gary Burman 31:21, 17 Jon Pressling 31:32, 33 Cassandra Harrison 38:05, 45 Naoko McKinnon 44:59

Paul Carthy made the short journey up to Ashcombe to take part in the Winding Paths Totally Muddy 10k. Living up to its promise of plenty of mud the 2 lap race around the tree lined trails of Grammarcombe Woods. With a well deserved bespoke medal at the finish after all the leg sapping mud, Paul finished an excellent 16th place in 1:06:04