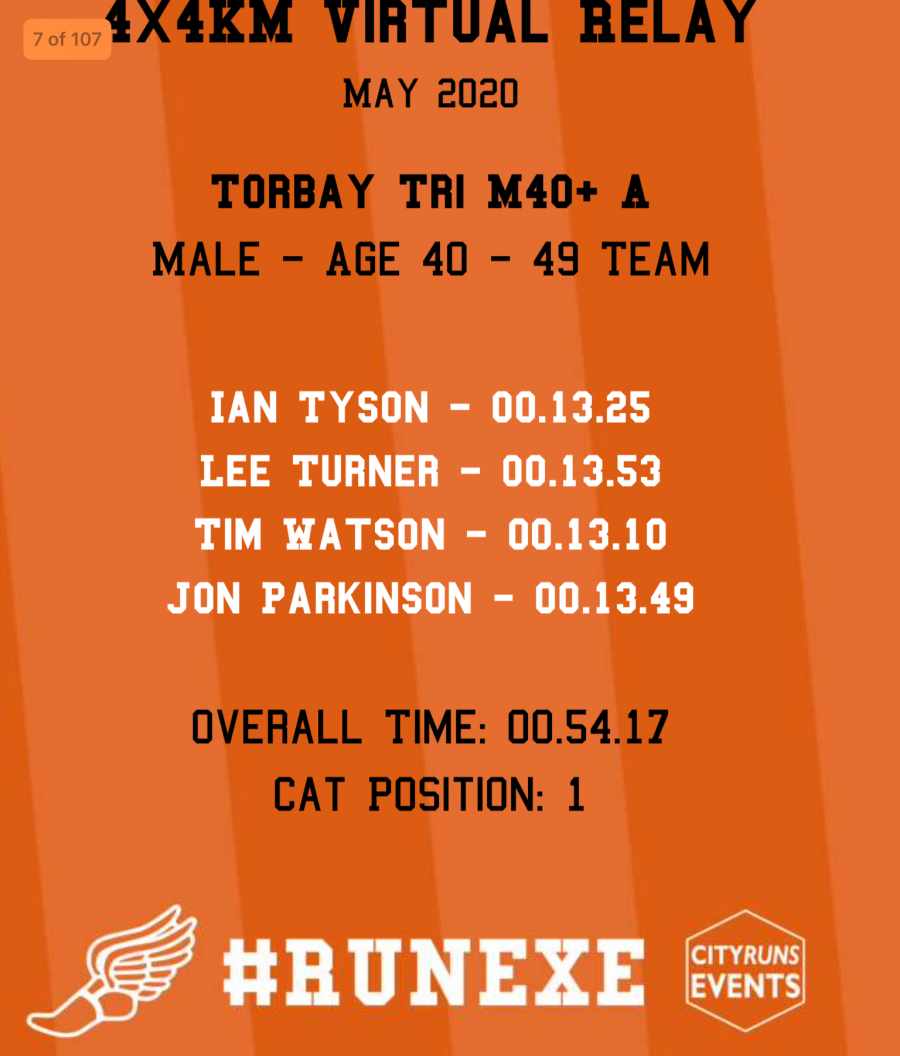 During the weekend of Friday 15th to Sunday 17th May 2020, several of the club’s members took part in a virtual 4K relay race organised by City Runs UK.

Gary Burman was instrumental in putting this all together for us, and although those of us that ran our little hearts out felt like we had done our bit, it was nothing compared with the work Gary did behind the scenes. Competitors could pick any reasonably flat 4K route to run, and having declared their times to Gary, it was down to him to work out the various permutations that were permitted to make up the various teams.

Ultimately, we had a winning four man combo in the Male aged 40 – 49 teams. This was down to one of our Coaches – Jon Parkinson – knocking out a fast 13 49 effort in the V50 age group. The rules allowed for people to step down to younger age groups, so his time merited a place in the award winning team.

Other podium winning teams were –