Torbay Tri Club are on the run!

12 Apr Torbay Tri Club are on the run!

Posted at 23:47h in Club News by Lucinda Bufton 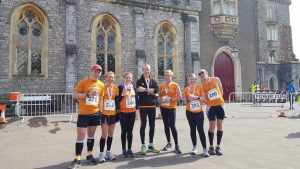 For some of the speedy running brigade, it was all things bright and beautiful for the local multi-terrain City Runs event, the Power Run at Powderham Castle. The stunning course, meandering through formal gardens and deer trails on the estate didn’t do anything to distract or diminish the pace for those taking on the longer 10-mile route. Wins went to Toby Kendall and Katie Hine in the M40+ and F40+ categories, with times of 76:35 and 79:24; Cathy Parkinson and Ian McClean took the F55+ and M55+ top spots in 86:02 and 78:21 respectively, with Ian closely followed in second place by Graham Reynolds in 80:45 and all other club entrants celebrating being in the top 10 in their age groups; all that winter training has definitely paid off!

Marathons beckoned for some; wearing their lucky trainers up in Manchester, Ian Tyson, Charlie Weston and Darren Francis all smashed through the 3-hour barrier to finish in 2:37:52, 2:54:00 and 2:58:07, with Ian needing to keep his laces tidy, as he gained a well-earned London Championship place. Nearer to home in Taunton, Naomi Flanagan was the second-placed female runner overall, in 3:15:54.

Mixing it with a little water, Donald Brooks won the Crediton Aquathon by well over 3 minutes from the second placed athlete, in a 24:30 time that many would be delighted to finish a 5k in, let alone casually add in a 600m swim beforehand!

For Brenda Finney, it was possibly the most joyful morning of all, as she gained a PB at the local Paignton Velopark 5k parkrun, in a time of 32:31. The tri club supports all athletes with whatever goal they may have; coming back after a long time out of triathlon action due to injury, Brenda’s result is a true testament to her rehab efforts and the club’s coaching support, as she got back on her running feet in style. Sub-30 soon, Brenda! 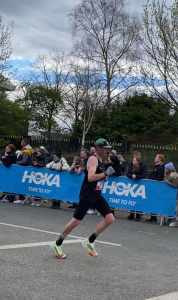 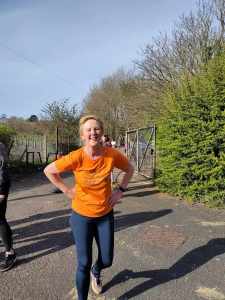